A stunning mountain vista: etched pink and gold against a setting sun, every crack and crevice in every rock glistening like molten lava. A soft field of grass dotted with wildflowers swaying gently against your legs in an evening breeze. A crystal brook bubbling cheerfully near your feet, its origins in the mighty stream that you can see at the foot of those distant peaks. Overhead few birds remain to dart merrily back and forth, finishing their days, some calling in the evening on twinkling song. The perfect scene; peaceful and calm.

Within moments the awed silence is broken by a faint sound. As you listen you hear the crunch of tire on gravel rising steadily behind you. It comes closer…closer…closer. You open your eyes, breathe deeply, and turn just in time to see a large blue bus, the comfortable sort, ambling up the gritty dirt road. It comes to a stop, its doors swing open, and from its depths flow a stream of people so vast it dwarfs the brook in sheer magnitude. They scatter across the fields like ants, an endless blur of flashing camera bulbs, peace signs and squeals of joy as smiling faces jump into the air with flailing arms and legs. It’s an incredible scene, and one that has always kept those of us not on the bus guessing and asking ourselves the same question:  “what is it about those Chinese tour buses that are just so darn appealing anyway?”

I know, I know. For years I’ve asked myself the same thing…and like all of you I’ve usually just settled upon the answer we all eventually come to: I guess we’ll never know. But I’m here to break the silence, to reveal the mystery, to unravel the secrets, and to boldly go where very few (non-Chinese) have gone before. This is the story of our first Chinese tour.

A friend of ours here needed a location scouted for a possible trip, so Nic and I found ourselves (very early on a Sunday morning ) joining a group of local Shenzhen-ites on a tour to the area. We met, along with about a million other tour groups, all waving the same flag of red or yellow, in a central parking area in the heart of the city. Apparently Sunday is the day for touring in this part of the world. There were thousands of people swarming about, all dressed in some way for the outdoors: funky tights, fuzzy bunny sweaters, neon windbreakers, lots  of spandex, and of course, camo. The outdoorsy Chinese love their camo.

It took a while, even with our Chinese-speaking friend, but somehow we found the group that was going where we wanted to go, and boarded the bus to begin our adventure. Because it was early, we (like most Westerners who transit travel in the wee hours) thought that since we had a few hours to our destination we could catch up on some sleep. Wahoo! But that was before we knew what really goes on inside those buses.

It began with a microphone. But that’s no surprise. In China it usually does. There is a trend I’ve noticed in my short time here: if you give somebody a microphone, they will use it, and they will continue to use it, whether you want them to or not. There will be singing (good or bad), there will be witty banter, there may be a story or two, some laughter, some tears, more singing…and then they’ll pass it to the next guy to do the same. The Chinese are incredible performers, in that they ADORE performing, and nobody, but nobody is shy about it.

And that is what exactly what happened…all of it. The guide began of course, and then we all went up to introduce ourselves at the front of the bus.  When our turn came they could barely contain their excitement (apparently we were quite a novelty on the tour), and we spoke a few words that only a handful understood, but all applauded. It was pretty amazing actually…no matter who went up, or what they said, it was applauded heartily. Encouragement is not a lost art on those buses, which, when you’re the clueless foreigner, is kind of an awesome feeling. Then came the singing – some melancholy ballads – followed by some stand-up comedy and assorted jokes. This of course is in addition to the regular “if you look out the window to your left…”-type tour. It was amazing, it was magical, and it was more of a party than Nic or I ever thought it could be.

The off-bus tour itself was equally amazing: a walk across a beach, a bit of a rock scramble and a saunter through some tiny villages, all following our guide and his giant red flag which he waved proudly at every turn as though he had conquered the island, or was flagging a plane. We were in an amazing amount of pictures, the talk of every other group we passed (“lookit those guys, they’ve got white folk” – loosely translated by some of our bilingual peers), and made an enormous amount of new friends, as did everybody else. There was dancing and singing, jumping shots and peace signs and the first-time tasting of meat floss (which as you may guess by the name is tasty, and incredibly difficult to actually floss with).  And at the end of it all we were sent text messages to ensure that we had found our way home on the subway alright, and reminded to have a good rest.

So there you have it: the condensed version of a Chinese tour. It was unlike any tour I’ve ever been on, to be sure, and we would both do it again in a heartbeat. We’d do it for the singing, we’d do it for the microphone time, and we’d even do it for the meat floss. Why? Because you get to spend a day with an incredibly quirky (yet lovable) group of people who are guaranteed to brighten up your day, and can’t wait to show you their world in any language. Because you get to feel encouraged and included, just for showing up in the morning to share in the adventure. And because on a Chinese tour bus you’re not just another body or another face, on a Chinese tour bus, you’re family. 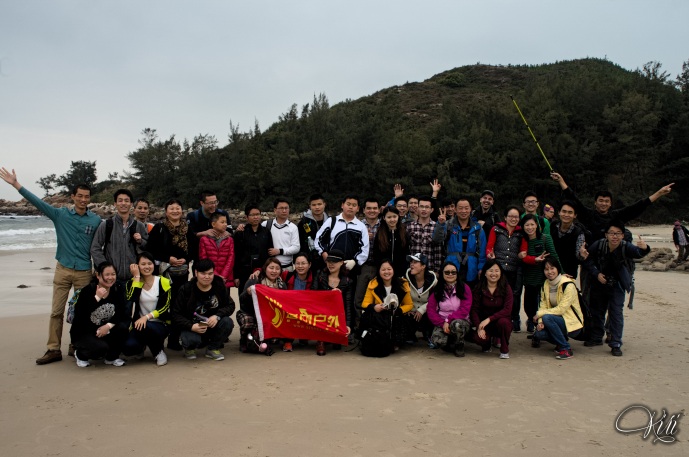 2 Replies to “A Truth Revealed”